Anniversary of James Hoban, Architect of the White House

Gary and Brian Hoban are delighted to commemorate their distant
ancestor James Hoban, the architect who designed the White House and died on this
day in 1831.

Born in 1755, James Hoban started out as a carpenter in Ireland
until he was awarded a placement to study architecture under the renowned Irish
architect, Thomas Ivory at the Royal Dublin Society School of Drawing. Hoban
excelled at his studies, eventually becoming an apprentice to Ivory.

In 1785, Hoban emigrated to America where he established
himself as an architect initially in Philadelphia.

President Washington commissioned a design competition to design
the new residence for the President and in July 1792, Hoban was named the
winner. Hoban’s design was heavily influenced by Leinster House in Dublin and
was originally conceived as a 3 storey building faced in stone. The design was
then jointly developed with Washington, and as a result of the President’s
requirements, the design was amended to extend wider than originally planned to
eleven bays across and was reduced in height to two storeys.

Other projects designed by Hoban include the Charleston
County Courthouse and the State and War Offices. Not much is known about the
remainder of Hoban’s life until his death on December 8th, 1831.

An interesting article on James Hoban has been published in this month’s Architectural Digest. 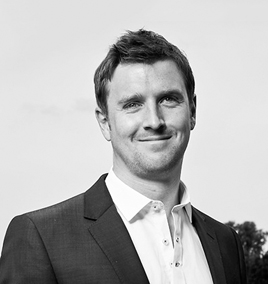